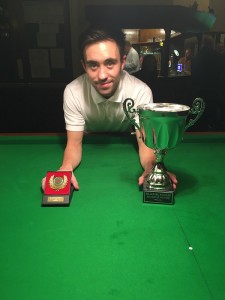 BRADFORD’S No 1 snooker side have moved four points clear at the top of Division One in the Yorkshire Inter-District League.

Their sixth consecutive victory was by a solid if unspectacular 5-1 over defending champions Castleford No 1 at Undercliffe Cricket Club.

Gareth Green was consistent in his scoring and saw out both frames against Matt Drury 71-13 and 79-7.

Josh Walker also won both frames but needed late clearances against highly-rated 14-year-old Joe Fenton, who recently won the Yorkshire under-16 title as well as coming runner-up in the under-19s.

Fenton made a 36 break in the first frame, Walker clearing with 22 for a 64-53 win, and although getting away with a 32 break in the next, Fenton fought back and looked the likely winner until Walker again cleared the last few colours to take it 61-43.

With Anthony Green missing due to the expectant arrival of his new-born, Mark Slater stepped in and shared frames with Lee Brookes.

Slater struggled in the first frame and fell 60-46, with Brookes taking the last three colours, but found his touch in the next for an 83-35 success.

Bradford’s billiards side are in action against leaders Harrogate at Great Horton Conservative Club on Saturday (7.30pm), when a victory will enable third-placed Bradford to keep pace at the top of the table

THE draws for the next round of the Bradford Snooker Championship took place at Bradford’s match and the tie of the singles quarter-finals pots defending champion Mark Ball against four-time champion Gareth Green.

Stefan Risidi takes on Adam Tipper, Lewis Walsh will play Chris Hegarty and Anthony Green will play the winner of Josh Walker and Peter Hamilton, with Walker having established a 2-1 lead.

There are four strong pairings in the semi-finals of the Snooker Pairs, with Wayne Cooper and Kevin Firth (Undercliffe Cricket Club) – who have won the event five times together – hosting defending champions and four-time winners Gareth and Anthony Green (Harold Club).

The other semi-final is 2005 champions Mark Slater and Jason Murgatroyd (Clayton Liberals) welcoming Cullingworth Cons duo Mick Sharp and Richard Duffield, with the latter having won this title in 2002 with former T&A correspondent John McEachran.

Alternatively, forms can be e-mailed to players and can be requested by contacting tournament director Eddie Ratcliffe on 07790-379832 or via e-mail to eddiebulls@hotmail.co.uk.

The deadline for entries is Sunday, March 25 and the £5 entry fee must be included with the form.

Permanent link to this article: https://www.bsa-cuesports.com/bradford-snooker/mark-slater-helps-leaders-bradford-to-victory/ 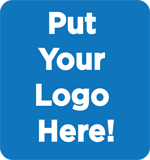